FRAMING ANALYSIS OF BLOKTUBAN.COM MEDIA IN REPORTING THE CAMPAIGN OF CANDIDATE FOR REGENT OF TUBAN 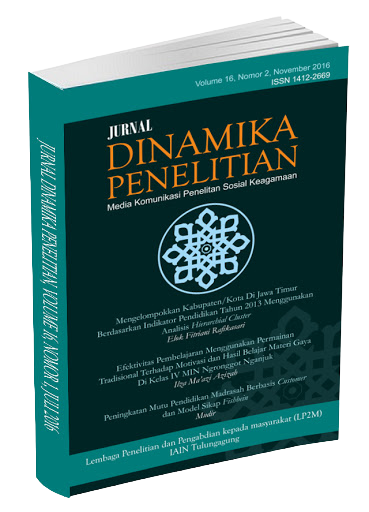 The large number of online media nowadays displays differences in reporting
some news. This difference is influenced by the journalistâ€™s perspective in
confronting some events. The media implicitly also has its own ideology in
presenting news. News is an ideological construction which sometimes contains
the interests of certain parties. In relation to the Pilkada of Tuban Regency,
the BlokTuban.com media frames the campaign coverage of the regent
candidates in its appearance that impact to influence the audience to believe for
what is written there. This study aims to find out the framing analysis of
BlokTuban.com media when reporting the Tuban regent candidate campaign
in 2020. The results show that the sources on BlokTuban.com are more
dominated by the contestants for the Tuban regent and deputy regent
candidates. The framing by BlokTuban.com is conducted in various ways,
namely the diction of news titles, the selection of information sources, and the
diction of words used in news articles. BlokTuban.com builds a positive image
in reporting the contestants of the candidates for regent and deputy regent of
Tuban.